Remember to be nice to yourself. Why do we tell ourselves “junk” that we would never say to someone else? Talk to yourself like you would talk to your best friend, child, or loved one. Build yourself up just like you build them up. 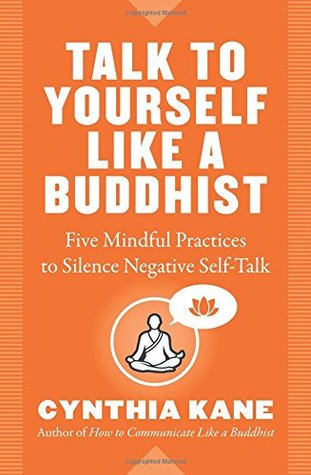 I thought about when I use overreaction negative self-talk. Mine usually is directed towards my eating habits and exercising habits. One great example was just the other day, for the past few weeks I had been really focusing on what I was putting into my body. I was eating better and was cutting out the sweet tea. Then BAM I ate the large peanut butter cookie with fudge drizzle from the sandwich and bakery shop. After I ate the cookie the voice in my head said “well stupid, you just ruined everything that you worked for the last few weeks.

In reality, that one cookie didn’t undo EVERYTHING I had been working on. It was a setback. Or, maybe I deserved that one cookie! The next meal I was on track again.

2 – Personalization – is the negative self-talk taking responsibility for everything or the situation at hand. According to Cynthia Kane the catchphrases with personalization are “It’s my fault that… I’m responsible for…”

I feel like as a wife, mother, and employee, I use this negative self-talk a lot. I use it on large and small scales, anything from being late to family arguments. One that came to my mind was my oldest son missing an appointment. I told myself that it was all my fault that he missed it because I didn’t call and remind him an hour or so before. I felt back all day and I owned that responsibility.

When I step back and look at the situation I know that it was not my fault. First off my son is an adult. Secondly, it was on the family calendar. Third, I reminded him of it the week before, the day before, and sent him a text that morning.

3 – Absolute language– is the negative self-talk when we allow ourselves to take a description and make it apart of who we are. According to Cynthia Kane the catchphrases with personalization are “I am… I am not…”

I think we have all said to ourselves, “I’m not good enough” or I am fat.” Others that I say are “I am ugly” “I am dumb” “I’m not enough.” We need to look at it and express it to ourselves in different ways. I am not dumb, but sometimes I simply do not have the answer. I can however, look it up and find it.

4 – Assumption – is the negative self- talk when we assume that we know what someone else is thinking and it is a negative thoughts in regards to us. According to Cynthia Kane the catchphrases with personalization are “They think… They feel… They did this/that because.

Holy cow!! Man I am GREAT at assuming. My husband and I have really had to work on assumptions in our marriage. (and we have had to learn how to talk to each other.) Just yesterday my husband woke up grumpy (he works nights). He was quiet, reserved, gave short answers, you name. So may assumptions went wild. He is mad at me. I have done something wrong. He doesn’t want to be here. I forgot something. What did I say?

When I finally asked him what was wrong, he told me that he had gotten to bed late and was tired. his back was also hurting him and had been hurting him all day.

I use my oldest son as an example on this one. He is 22, works a full time job, pays his bills, has a lovely girlfriend, great friends, and he still lives at home. He doesn’t look at all he has accomplished already, but he says I’m supposed to be out on my own by now. I shouldn’t be living at home. We have to stop him and make him look at what he has and what he does. He has many years to live out of his own, but he can take advantage of being at home and saving money so he can move out down the road.

6 – Comparison – is the negative self-talk that we don’t measure up. According to Cynthia Kane the catchphrases with personalization are “I wish I could be… Their life looks better than mine…They have way more that I do…They always look so put together.”

I experienced this one yesterday. I went to see a friend who sells skincare products. She is beautiful, young, energetic, and always put together. She looks like she wakes up and can be on the cover of a magazine. Oh and she is amazingly sweet!! It is every easy for me to compare myself (in a negative way) to her. I am not as young, energetic, or beautiful. And most days I am far from put together. So I can feel inadequate to her.

As we were talking and laughing she admitted that she was a little jealous of me because I have great skin. She went on to say that she wished she had skin like mine. Image my surprise when the one I compared myself to was comparing herself to me.

7 – Regret – is the negative self-talk is simply beating ourselves up over things we did or didn’t do in our past. According to Cynthia Kane the catchphrases with personalization are “I never should have done… That will haunt me for the rest of my life… If that had never happened, I would be…”

One of my biggest regrets is not finishing college when I was just out of high school. I have said, “If you stayed in school, you would not be broke now.” (which by the way has regret and expectations.) Paying for my Master’s as an adult is difficult, but when I think about who I was and who I am now, I realize that I am on the right path now. Back then I don’t think that I would have made the right choice in my education and career.

Where to find it

If you want more information on how to silence your negative self-talk and exercises to practice, click on the link below. The book that I am currently reading and learning from is Talk to Yourself Like A Buddhist.